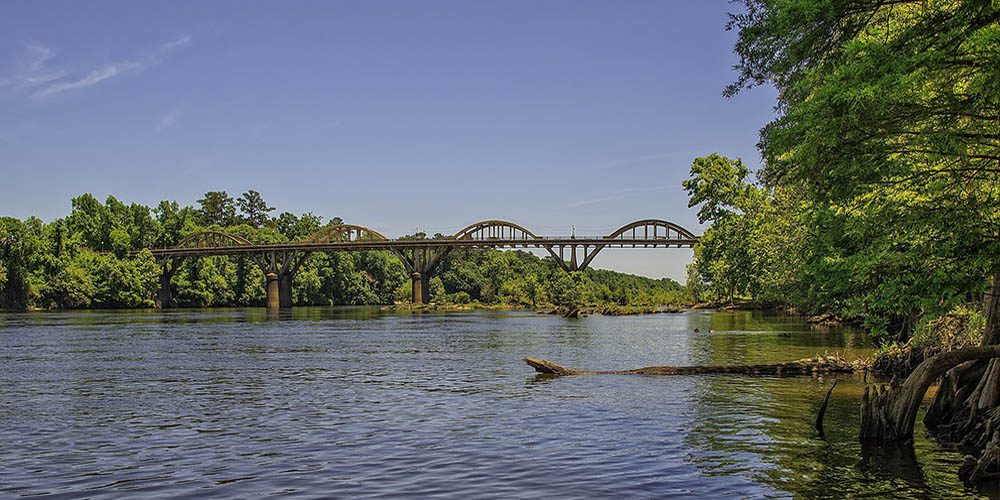 Wetumpka is a city in and the county seat of Elmore County, Alabama, United States. In the early 21st century, Elmore County, long a rural area, became one of the fastest-growing counties in the state. The city is considered part of the Montgomery Metropolitan Area. Wetumpka identifies as “The City of Natural Beauty”. Among the notable landmarks are the Wetumpka crater and the Jasmine Hill Gardens, with a full-sized replica of the Temple of Hera of Olympia, Greece. Historic downtown Wetumpka developed on both sides of the Coosa River. It was located near Fort Toulouse, built by French colonists in 1717, when they had claimed this territory for the king. The median income for a household in the city was $35,536, and the median income for a family was $41,500. Males had a median income of $32,403 versus $23,234 for females. The per capita income for the city was $15,729. About 7.7% of families and 11.7% of the population were below the poverty line, including 19.5% of those under age 18 and 10.7% of those age 65 or over.

Wetumpka and the Coosa River annually play host to the Coosa River Challenge, which began in 2003 and regularly draws 150 to 200 participants. The race, a modified triathlon, starts at the Swayback Bridge Trail with a cross country run, a mountain bike leg, and paddling on the Coosa River to finish at Goldstar Park in downtown Wetumpka. The Swayback Bridge Trail is home to the annual mountain bike race, “Attack on Swayback”. Wetumpka is popular with white water sports enthusiasts, attracting paddlers from all over the country. The city hosts the annual Coosa River Whitewater Festival, and was the site of the 2005 U.S. Freestyle Kayaking Nationals. The Coosa River Paddling Club has constructed Corn Creek Park, which offers public access to the river, along with nature and walking trails.

Christmas on the Coosa is an annual series of events held in during the month of December. The event location is the Bibb Graves Memorial Bridge. The main event is the fireworks display and boat show held on the Coosa River. Observers watch from the Bibb Graves Memorial Bridge as a parade of boats decorated with Christmas lights float down the river under the bridge as fireworks go off. This is a unique experience due to the glow of fireworks illuminating the night sky as well as the placid river surface. A host of events proceeds the river show such as Miss Christmas on the Coosa Pageant, Pictures with Santa, tree lighting, and other events centralized around the city’s Gold State Park.

Find Your Way Around Wetumpka